Reliable service you can depend on

At Shanahans Law, we envdevour to provide you with practical advice that you can use to help guide you through whatever legal issues you might be having. We communicate in plain English, are very customer focused and aim to help you as efficiently as possible. Our team is only ever a phone call or email away. Rest assured, that as a customer of Shanahans, you are with the right lawyer.

60+ Years of Service in West Auckland

All of our clients are treated with respect and we believe in open communication. Our experienced team are experts in their respective fields with decades of experience. Over the last 60+ years, we have built a solid reputation as legal representatives in the West Auckland region, helping businesses and individuals with a wide variety of legal needs.

You concerns are our priority. We work hard to achieve the best relationships and results with our customers.

We have high standards and have utilised industry best practices over the 60+ years that we have been in business. We have served multiple generations of our client’s families over the years and our reputation is for success is built on a solid foundation dating back to 1956.

Our team are friendly, professional and confidential. We aim to treat all people respect and we offer a very personalised service. We are easy to get in touch with and you will be able to talk to your lawyer or legal representative. If you need to make contact, you can jump over our contact page, if you want to get in touch with a specific team member, email addresses and phone numbers are available on our team page.

If relevant, please complete the relevant “FATCA” form and return it to us as soon as possible:

Below you will find some useful links to websites containing legal information, law and government legislation. 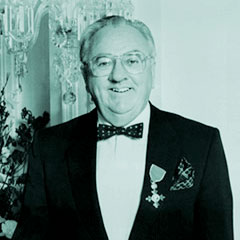 The late Michael Shanahan (‘Mick’) established Shanahans in New Lynn in 1956. Shanahans was the first law firm in New Lynn and was originally located on Totara Avenue. The firm moved to its current premises in Hugh Brown Drive in the early 1970s.

Mick Shanahan (who died in 2004 and was succeeded by one of our current directors, Mary Anne Shanahan), wrote the following reflection of his time in practice:

“It has been interesting in the course of the practice to help clients to move into their first home with a loan and then 30 years later to carry out the discharge of that mortgage, in a suburban location where there has been very considerable stability so far as movement of the local people is concerned.  A great number of very close friendships have been formed with people who came to me as clients and the experience overall has been a most rewarding one, both in fulfilment of personal ambition and personal acquaintance.”

Mick Shanahan was a well-known and respected personality in Waitakere. He was a life member of the Karekare Surf Club, New Lynn Rotary, and the New Lynn Returned Services Association. Mick represented West Auckland on the Auckland Harbour Board in the 1980s and was elected Chairman of the Board for a number of his years. His contribution to the community was rewarded in 2002 with an OBE. Mick’s history includes his service in the RNZAF, starting a new practice in New Lynn, achievements in the West Auckland community, and meeting the Queen and Prince Charles!

Mick’s daughter, Mary Anne Shanahan, joined the firm in 1981, becoming a partner in 1988. Following Mick’s death in December 2004, Mary Anne took over the practice.  Mary Anne ran the business of Shanahans as a sole practitioner until April 2013 when Shanahans Law Limited was incorporated and Frances Edmonds joined her as a Director of the company which continues to trade as Shanahans Law. Click here to meet the team that runs Shanahans today.

Get the right advice from an experienced friendly team.
Call Now 09 827 2783
This site uses cookies to collect information. By browsing this site, you are agreeing to our cookie policy.AcceptMore Info